PRO Zone
1138 credits
Buy credits
Guide - Do you need advice?
You are in the public account. If you want to play the game or join in the discussion, you have to log in. If you are a new user, you must register first. 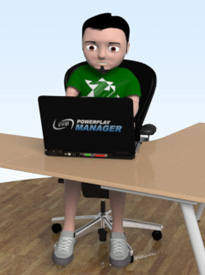 Participation in the competition

Logos from all sports are competing in the same category. Hockey pucks, soccer pennants, handball pennants and basketball pennants have their own separate categories.

If the manager's account is blocked at the time of evaluation of the competition, the manager is disqualified. If the manager was in a position to win one of the prizes, this prize will be awarded to the next manager in the ranking.

Graphic elements are displayed on selected places on various pages of the game, always in randomly selected pairs. The manager may vote for the element which he/she likes more.

The owners of the top three elements in each category get gold, silver or bronze award for their profile respectively as well as a reward in credits. The amount of credit rewards may change at any time without prior notice.