Ready for some data?

I hadn't planned at first to give you all these numbers, but I think they are quite interesting. What you have here is raw data. Nothing has been tampered or modified in any way. The home ice advantage is not removed from the numbers shown here. It's 100% pure data.

For each matchup of style of play, you'll find 5 different numbers :

The table, as previously, is made to be read from the home team point of view: 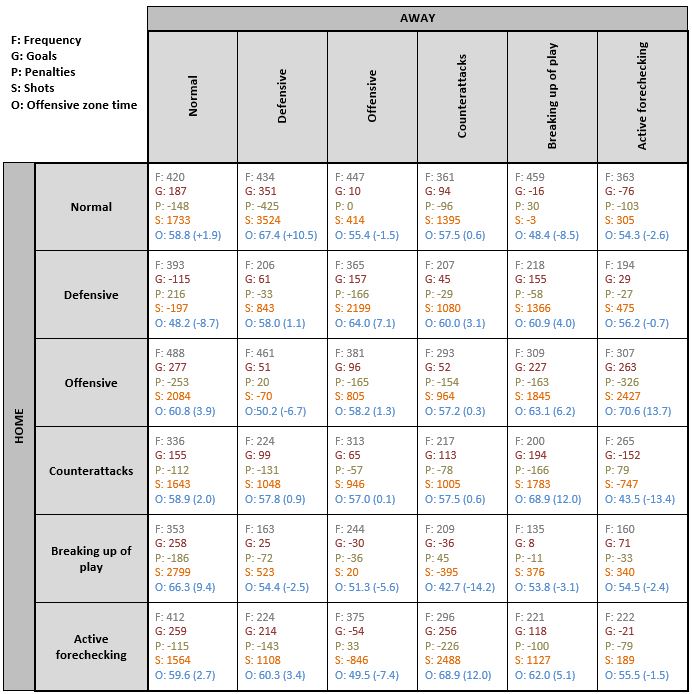 I'll let you draw your own conclusions. But, for me, there is minimally one thing that I found interesting: a strong correlation exists between goals scored and the other numbers... this simple discovery is in itself a good news! It proves the data manipulator isn't doing too badly so far.

Let us know about your findings.